Two sides of the coin

The first caption says "February, Kiev. Carefully planned Western operation to seize power". The second one: "April, Slavyansk. Peaceful protest of ordinary Donbass people". The difference between Kiev and Donbass protesters is indeed striking. Many observers are saying that the events of February and April are incomparable. But they're wrong. Actually, it's not two different events, but one and the same event. The people with assault rifles on the bottom photo haven't come from nowhere. They have been there all the time, aiming at the people with wooden shields. First they aimed at them at Maidan, now they've retreated to Donbass. But it's still them and they are still much better armed and supported by the big neighbor country in the East. It's not two sides of one coin, as Russia want the world to believe. It's the very same side of the coin, depicting the two old opposing parties. 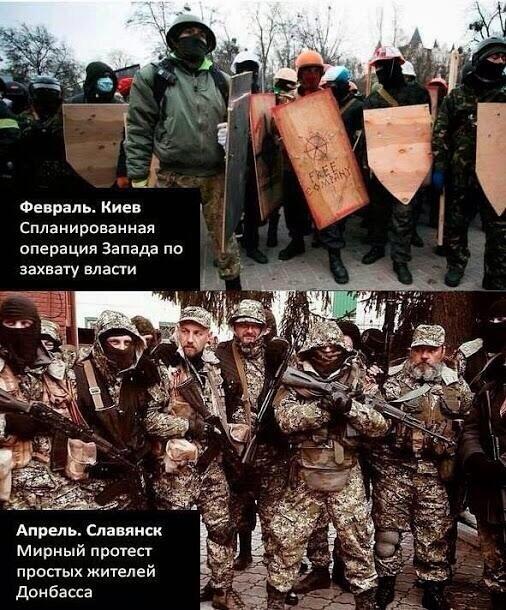