China on the Brink of a Banking Crisis? 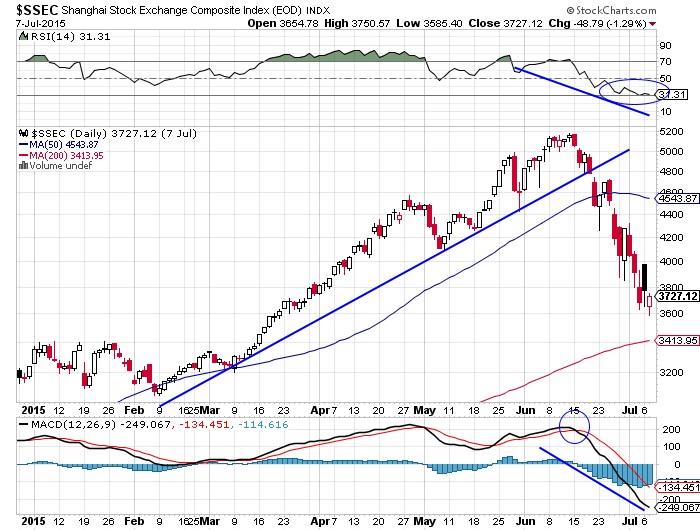 It seems that everybody now is aware that China's stock market is in a downfall. It lost 32% in only 3 weeks. The government took drastic measures to stop it, including suspension on trade of shares of 1300 companies. For the time being it helps, but nobody's certain that the downward trend is really reversed, not just temporally frozen.

It all seem bad enough already, but the situation may be much worse.

Marignal Revolution cites an article claiming that the recent suspension of trading in Shanghai and Shenzhen stock exchanges may due to the fact that Chines banks are using shares as collateral. Which may lead to collapse of banking system similar to the one that happened in Iceland.